Mr. Gholson grew up in Gary Indiana.   He attended the College of Hampton University in Virginia, majoring in History. Since Hampton is an Historically Black College, much of his studies focused on African and African American History.  It was here that he developed a passion for Black History.  Mr. Gholson realized how much the history of African Americans had been neglected in school systems across the country, and became a passionate historical researcher on the subject. Mr. Gholson graduated from Hampton University with a B.A. in History in 1997.

In 2003, Mr. Gholson joined the Newport News Public School System as a Teacher Paraprofessional on the Elementary level, helping students improve reading skills. He later became a Teacher Assistant for PRE-K In New York.   In 2006 he moved to Queens, New York and began working as a Social Studies Teacher for TECI Prep School House.  There he teaches 3rd through 8th Graders in World Civilization, US History, Geography, as well as African American History. He came to the Institute for Self-Mastery in 2014

Mr. Gholson believes that the disciplines of History and Social Studies is vital to the education of our youth.  Young African Americans need a sense of who they are, where they come from, and what they’re striving to achieve as a people.  Too often our children have been robbed of that.  A proper understanding of history gives them the foundation and awareness they need to compete effectively in this country. 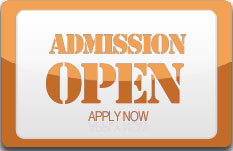 New to homeschooling?
Click [HERE] for a helpful tool we offer to help you along the process.
Site Map
Contact Us